‘Remember remember the fifth of November
Gunpowder, treason and plot.’

It must be mid-October as the fireworks are beginning to sound long and loud several evenings a week where I live. The pyrotechnics are now available in the shops and a few early birds are making hay. It all takes me back to schooldays and messing around with fireworks bought with pocket money, and for some mates, paper round profits. It was all a lot less sophisticated in those days of course. The massively powerful explosives on general sale nowadays were not de rigueur but we still had our mischievous fun – oh yes we did!

In those days you were either a ‘Standard Fireworks’ or a ‘Brocks’ kind of person. I was the former and the object of my desire was normally  a five shilling assortment of Standards fireworks which I’d take out every evening at home, inspect and re-inspect at regular interval with some pride. Often I’d, amazingly, arrange them on the hearth rug

in front of an open coal fire in our family home in Redhill! Penny ‘Bangers’ were the thing being most affordable and whilst some of them proved to be the definitive ‘damp squib’ as far as a minor explosion was concerned, the possibilities for mayhem with them seemed endless. The clue was in the contents and we often decanted the small quantities of gunpowder (that is such a great word to a kid) and used them for other nefarious purposes. One of the most harmless was the simple ‘genie’ – a lit match applied to the miniscule pile of grey powder and a whoosh and a large puff of smoke into the ether – these were days of simple pleasures remember (remember). On another occasion I recall some friends fashioning a home made rifle from some plumbing pipes and a planed down block of wood and having the contents of several Bangers emptied into the ‘chamber’ of the deadly firearm. . I’m not particularly sure what we hoped to achieve but what did happenwas that the plucky volunteer marksman’s eyebrows were blown off on it’s first and only test run. Back to the drawing board.

Once in a while somebody would have found the money for the much superior ‘Atom bomb’ firework. It was much more expensive than the modest Banger and was usually spoken of in hushed terms, ‘so-and-so’s got an Atom Bomb – when’s he letting it off, Wednesday, Thursday?’ This was quite an event I can assure you and awaited with baited breath.

Penny for the guy, missus?

Cash had to be found for our pastime and making a ‘Guy’ and parading him in public for pennies was a big revenue stream for us boys. Old clothes would be begged and borrowed and stuffing for the body made from old rags and scrunched up newspapers and magazines. The fact that some of the clothing was somewhat incongruent was lost on us and I’m sure there must have been some interesting 1960s fashions sported on many a pavement around the town we lived. Making the Guy could be a time consuming job and therefore someone had the brainwave that one of us should just dress up in the old clothes instead. The question was, who to do it? Of course we chose the ‘volunteer’ democratically by forcing the smallest kid who was an asthmatic to do it. Fair enough. Very convincing sitting there on the local newsagent’s shop doorway, oh yes indeed until the Guy would emit a loud and totally unpredicted asthmatic cough and rattle every once in a while, giving a passing pensioner a near heart attack.

it’s amazing to think of what we found valuable in those days. For many weeks on end the gathering of garden rubbish for the huge local bonfire ensued and I often think what a fantastic service this must have been for the local residents. It wasn’t unusual to spot half a tree mysteriously making it’s way down the road with an invisible small boy 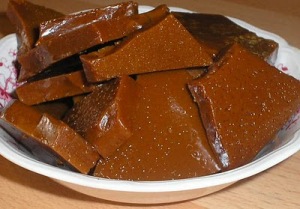 underneath it somewhere. Around the town and before the days of bonfire night parties held on pub premises there would be several examples of these large bonfires growing ever higher and wider as November 5th came closer. it was all pretty competitive too with boys actually stealing material from each other’s bonfires to add to their own pyre. Lookouts and guards were often assigned to make sure the petty pilfering didn’t occur in your own back yard, so to speak. it was all very intense and serious with blows sometimes being exchanged.

Everything imaginable went on these bonfires, ludicrously so with the benefit of hindsight. One particular year someone had the ‘excellent’ idea of arranging a series of car tyres inside the fire. Come the night and the product of that was several neighbouring windows of the ‘green’ being fractured one by one due to the intense heat they provided. There were small boys being toasted that night. The big night also provided food hopefully. it wasn’t so much the corporate beef burger or hot dog of today but rather chestnuts, baked potatoes in foil, mushy peas and best of all ‘bonfire toffee’ which my mum was an absolute ace in making! I can still taste that dark brown, treacly loveliness!

The tastes, smells and sounds of Bonfire Night or the slightly more effete as we saw it ‘Guy Fawkes Night’ still live on for me. I’d love to recreate it in some way and always check out the local events around the area. It just doesn’t seem the same though and that’s probably just the way it should be. I’ll probably attend the huge Nottingham City Council municipal affair on the Forest recreation ground and watch for thirty minutes as thousands of pounds of electrically operated explosives pulse into the sky for twenty minutes then go to the pub. It’s not the same as those days of dragging branches around the streets for weeks, dressing Guys, letting off Bangers and having a sticky pocket full of that delicious bonfire toffee but it’s probably a whole lot safer.

Postscript: ‘The last person to enter parliament with honest intentions was Guy Fawkes.’

2 Replies to “Remember, Remember the Fifth of November”