I recently set my mind to the question as to who are the ten greatest Hibs players of all time. What a difficult job that is over 130 years-plus of history but here are the selections I came up with. In fairness to those great players that played in an era before mine, I’ve picked one or two on repute and and based those choices on reading, research and repute.

Joe Baker
My personal Hibs Hero. Along with Lawrie a toss-up for the best Hibs striker of them all. Joe was world-class, make no mistake. Lightening-fast, a cannonball shot with both feet and a superb header of the ball in spite of his modest height. A feisty attitude on the pitch also made this man the complete centre-forward. A great man off the pitch to boot.

Patrick Gordon Stanton
What more can one say about this man? A wonderful athlete and a player who had that gift of being unhurried and extremely composed on the ball. The perfect footballer

James Dunn
A forgotten Hibs hero but surely one of the greatest of them all. Jimmy was an inside-forward for the great ‘Wembley Wizards’ and vastly talented as a big money move to Everton will testify. Noted as something of a ‘clown prince’ of his time and a great entertainer with his intricate ball skills.

‘Darling’ Willie Groves
Possibly Hibs’ first ever superstar? A very much loved player who sadly didn’t enjoy the best of health. An elegant and highly-skilled forward player who entranced an earlier generation of Hibernian FC supporters. 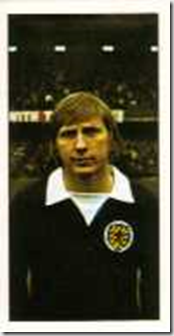 John Brownlie
The man with the nickname’ Onion’ was another world-class performer, there is little doubt about that. He revolutionised his position of right-back and was an incredibly potent attacking threat. If he had played for the Old Firm instead of McGrain and Jardine (both extremely gifted performers themselves) he would have had many more Scotland caps. 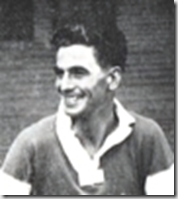 Gordon Smith
There’s no point in waxing lyrical about ‘The Gay Gordon’, everyone knows of his greatness and there’s probably not much argument in that he was Hibs’ best-ever player. When you hear the stories of his outrageous skills such as in heading the ball to himself all the way down the right wing before shooting at goal, you know you are talking about someone special and unique. RIP ‘The Prince of Wingers’. 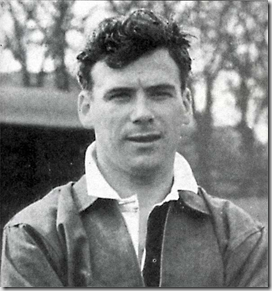 Lawrie Reilly
Arguably Hibs’ highest achiever on the international stage with an incredible scoring rate for Scotland. All the qualities required of a great striker and and still a wonderful and revered Hibee to this day.

Andrew Goram
Forget about Goram the man and concentrate on the player only and Andy is a shoe-in for addition here. In an era when Hibs boasted great goalkeeping from Rough and Leighton, Goram shone as the best-ever goalie for me – not only for Hibs but for Scotland too. 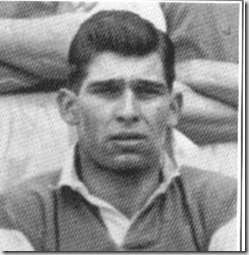 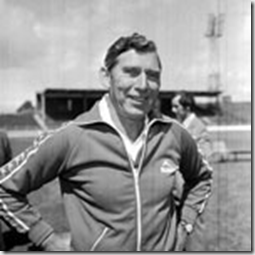 Eddie Turnbull
This Famous Five member was perhaps overshadowed at times by Gordon Smith’s super-stardom, adulation and hero-worship but few did more for the cause. Hard as nails, a pile-driver shot and a leader. He came back to do it all over again as a manager. His team ‘Turnbull’s Tornadoes’ were arguably the best-ever Hibs side but the temperament that had made him successful as a player and manager finally conspired against him as he broke up that terrific side prematurely.

Franck Sauzee
He has to be there. It’s tempting to slightly write him off as a player who was past his best when at Easter Road but the man was absolutely immense. After a disillusioned hiatus with football generally, he was the man who single-handedly brought me back into the fold. Franck was completely dominant on the pitch, his reading of the game allowed him to augment the team from the back, spraying balls to his teammates all over the pitch. Brave, with a stinging and powerful shot and a confident performer who led by example, he would have been a worthy performer in any Hibs team in history. A worthy eventual successor for Pat Stanton’s number four jersey. I can speak no higher. 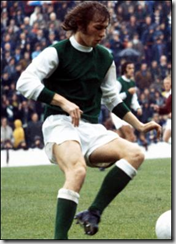 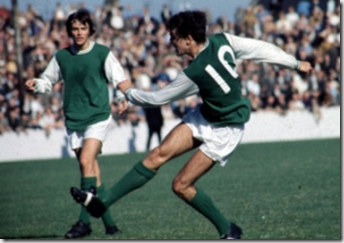 I’ve actually left two of my three favourite Hibees of all-time here in Alex Cropley and Peter Cormack in the interests of fairness in including a couple of historical figures for the Hibs. Cropley was a particularly difficult omission.

4 thoughts on “Hibernian: Ten of The Best”