On the subject of George Best…

One could easily write many thousands of words, whole essays elucidating his dynamic story and life. For now though, just a few words on why I  believe George was he greatest of them all.

I count myself fortunate enough to have seen George in his pomp playing for Manchester United alongide Denis Law and Bobby Charlton and also with Hibs and Fulham.

I consider George to be the best of all-time, simply because at his peak it was impossible to understand how anyone could play this beautiful game any better. 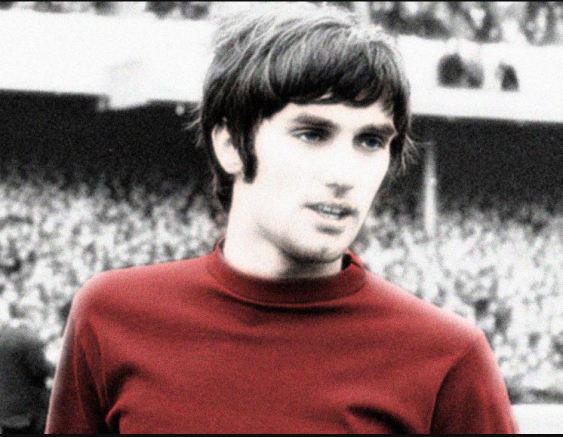 His dribbling was mesmeric and artistic, quite different to anyone else’s and he had an ability to absolutely demoralise opponents by beating them again and again. His surging breakaway runs from deep were something to behold, likewise his fabulous and insightful passing which seldom seems to be mentioned. He was tough and durable too as many a hard man defender in the sixties would testify. It’s accepted that football habits are different now but going down under the slightest pressure for George was not something he did. Notorious defenders such as Ron Harris, Norman Hunter would hack and chop at him and he’d just get up and make them look stupid.

Georgie was not only a supreme attacking talent but would also run back after players and was an excellent tackler. For not a big man his heading was superior due to his athleticism and superb timing.

I’m not one to decry the modern greats but for me it’s a fact that if George was around today, with better playing surfaces more protection from officials and better diet and training he would be the best player in the world…by a significant degree.
He was utterly magic and you couldn’t take your eyes off him when he was on the pitch, so blindingly brilliant was he and so charismatic and stylish.

What’s more, he had a wee time at my club and I for one am happy that is woven into the fabric of Hibernian’s rich history.