It’s seldom I take the short and direct fifteen-minute drive north of where I live to the Nottinghamshire town of Mansfield but today was to be an exception. I’d read recently in the local media about a free exhibition that was to be held at Mansfield Museum in the town’s Leeming Street, very close to The Palace Theatre where I experienced an extremely fun day in what 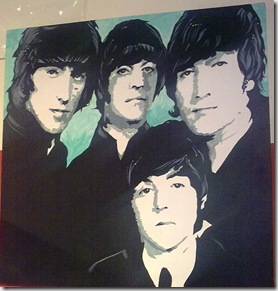 Pop goes Mansfield! is an exhibition celebrating popular music over six decades with a particular interest in the way that the local area has made it’s own small yet distinctive stamp on the world of rock and roll It’s through one of Mansfield’s favourite sons, a man by the name of Bernard Jewry – better known to the public as Alvin Stardust and prior to that Shane Fenton, that the story is largely told. Alvin’s collection of memorabilia, from his jump suits right down to his improbably tall platform shoes, augments the large room which is crammed full with various interesting pop and rock artefacts.

An episode of the BBC’s Inside Out shows on a loop in the room, explaining Alvin’s story and upbringing in the North Nottinghamshire mining town. From his family home through the different phases of success that followed his career, he comes across as a sincere man with few airs and graces, one who has had a good and entertaining life and enjoyed every minute of the journey along the way.

An authentic jukebox greets the visitor just around the door upon entering. Inviting one to make a selection or two. I tried my hand with a Dr. Feelgood’s Milk and Alcohol and The Buzzcocks’ Ever Fallen In Love. Just like every pub I ever used to drink in when these marvellous machines were around though, perhaps somebody had beaten me to it and fed the lovely old music box with a few ‘quarters’ before me as neither Pete Shelley nor Lee Briilleux assaulted my ears in the joyous way that they used to.

It’s the fifties going on sixties and drape jackets and ‘brothel creeper’ shoes give way to a little 1970’s glam rock. I finally spot what I’m really looking for here in a small but informative tribute to Ten Years After – champions of Woodstock and a band that in their pomp outsold every British act apart from The Rolling Stones in the USA. The local link here is in Leo Lyons, formerly of Mansfield Woodhouse, the bass player with ‘TYA’ as they became abbreviated to. The main point of interest was normally solid gold guitar legend Alvin Lee however, another Nottinghamshire man hailing from Wollaton a few miles further south in Nottingham. It’s hard to express how popular TYA were back in the day, it’s easier to state however that they were a massive and huge success at the legendary Woodstock Festival and will always be remembered for a classic, exciting and energetic performance that stole the show after the rains came. 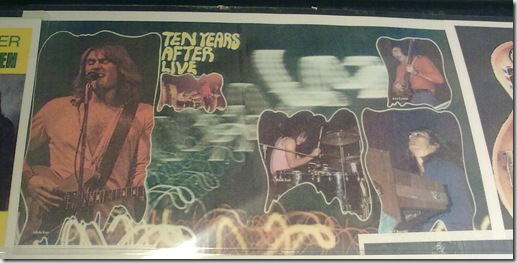 I was perhaps a little surprised to note that there was little in the way of Northern Soul memorabilia on show for I know of many in the area who were devoted to the cause and long still ‘Keep The Faith’. It’s maybe the fact that the Northern Soul scene has always been a little enigmatic, cult-like and intangible.

Not being from Mansfield and only having a loose knowledge of the town, I was interested to see the recreation of Syd Booth’s record shop which was apparently a local fixture in the town for sixty years between 1920 and 1980. Surely every decent sized town and city should have a Syd Booths type of store? A little shop full of rich sounds and even richer memories for generations of music lovers. Perhaps I missed this but it should be remembered that the much revered Selectadisc of Nottingham began it’s long musical sojourn here in this very town –reputedly on a market stall in Mansfield’s market Place. Selectadisc reluctantly and sadly closed its doors in Nottingham recently but like as a phoenix has again risen to gladden the hearts of music lovers in Nottingham once more and rekindle great memories of past eras in popular music. 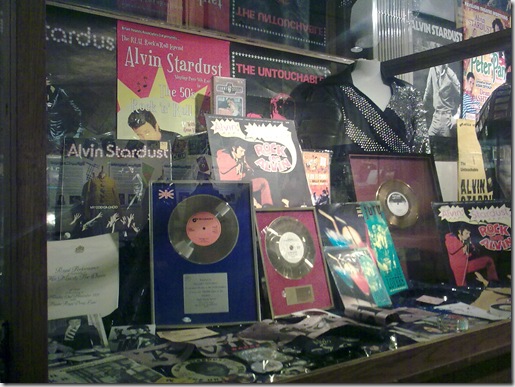 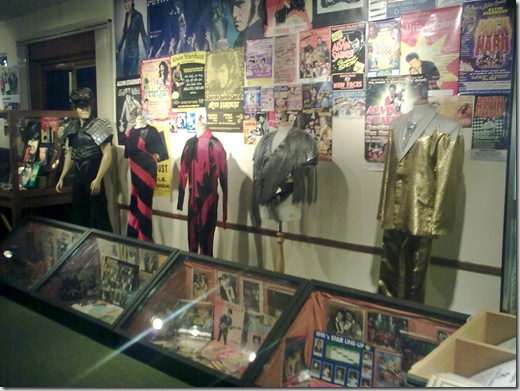 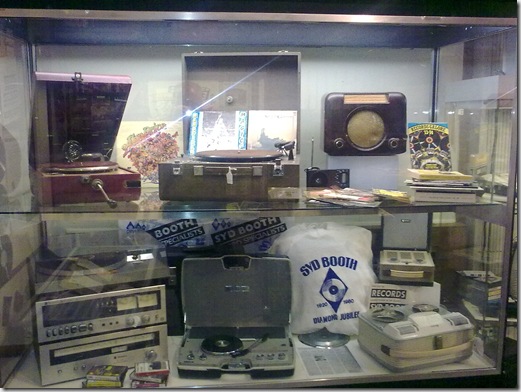 It should not be forgotten that the town of Mansfield has also produced the talents of the talented classical pianist, John Ogden and of World Champion Choir winners, Cantamus and those artists are rightly given due attention within the exhibition. The same can be said for local act, Paper Lace who stormed the charts with their two poppy hits ‘Billy Don’t Be A Hero’ and ‘The Night Chicago Died’ in the 1970s’ under the guidance of their leader Carlo Santanna a local man of Italian and Polish parentage. 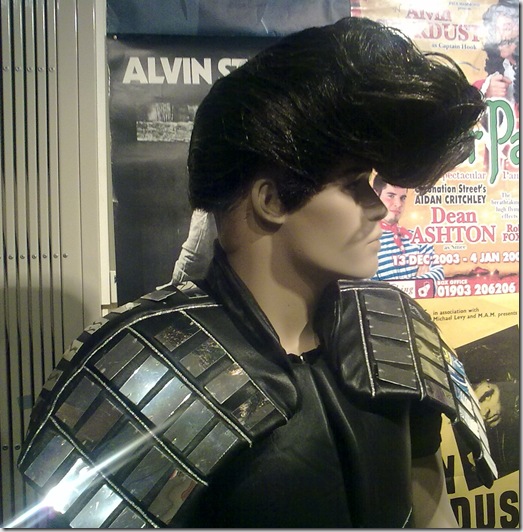 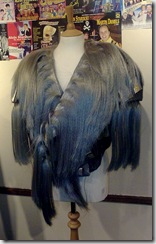 The exhibition is a breezy and fun journey through six decades of pop with a local accent. Along the way some surprising items and facts come into focus such as a programme from when no less than The Beatles played Mansfield in their early days and a school register featuring Bill Wyman, formerly of the Rolling Stones, as a wartime evacuee living as a youngster in the Mansfield area.

It’s lively, it’s all great fun as pop music should be and it’s totally free. If you are in the Mansfield/Nottinghamshire area I can thoroughly recommend a couple of extremely entertaining hours visiting Pop goes Mansfield! and viewing its upwards of two thousand different items. The exhibition runs until November 28, 2009 and is augmented by several live events along the way