IN THE 1960s, when game shows were king, perhaps one man stood out for the sheer bulk of presence on our television screens. Hughie Green a Canadian born in London, UK hosted Double Your Money a show that ran for fully 260 episodes until 1968. Based on the US 64,000 Dollar Question the programme was the required viewing on ITV when there were but two and latterly three channels only to choose from as many families would gather to watch Hughie’s antics.

His popularity went from strength to strength as a household name and celebrity as he then hosted Opportunity Knocks the classic talent show which then ran on Thames TV up until 1978 with Green at the helm. 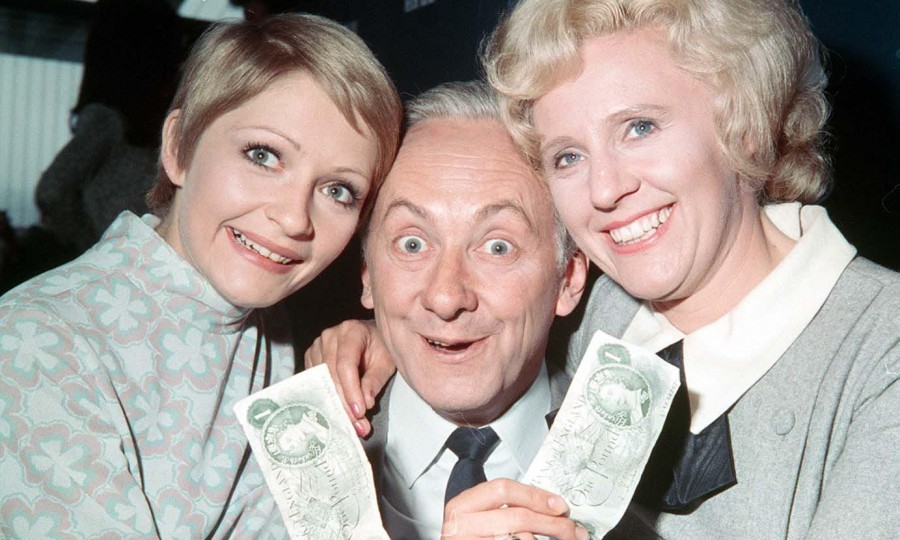 Green, at times, displayed a less savoury side to his character and many were the stories regarding his heavy drinking and generally obnoxious behaviour. The former was said by some to have been the reason that the popular show took a hiatus and he lost his position heading it. Green complained bitterly, even to the degree of a remarkable display of self interest on-air at the end of the final episode when he waxed lyrical, boasting about his wartime service as a veteran.

He was central to something of a scandal at the time when it was revealed that he was the biological father of TV presenter, Paula Yates – a fact she found out through the press.

I recently came across a recording of Green making a personal appearance at the Cavendish Woodhouse furniture store in Nottingham at the time, when he had recently had his show taken off the air and was not at all happy about it. I recall it being reported at the time in the local press that local radio station, Radio Trent, had been there to cover the occasion but refused to air the recording made of journalist, John Darby, also a Canadian, as Green rounded on him in bizarre fashion. The recording can be heard here and is transcribed below.

Green seemed to take umbrage straight away at being corrected on the name of the radio station. He then pounced on where interview Darby hailed from:

Green: Hey listen, we’ve got John Darby from Radio Nottingham, is that right?

Darby: It’s rather fun to be here but one thing I was just thinking about and that is that we’re both Canadians.

Green: Well that’s great, where are you from?

Green: You’re from Toronto, well I’m from Montreal so let’s fight. We’ll have a fight right now and have a fight between Montreal and Toronto. So go on, what else have you got to say?

Darby: Well, we want to know what you’re doing now?

It was at this point that Darby, unintentionally or not, somewhat hamfistedly admittedly, found Green’s achilles heel when he mentioned the loss of the presenter’s show:

Darby: Hughie, do you think that now that the show (Opportunity Knocks) is now over you may be forgotten?

Green: I couldn’t care less whether I’m forgotten or not, I mean that’s that, doesn’t matter, you can see all the people (shouts) have you forgotten me? Have you forgotten me? I mean that’s the kind of a snide remark you would get from someone from Toronto. That’s why people in Montreal hate Torontonians. They all say you know (affects voice) ah so and so, you’re all so and so. And we’ve got a much nicer city in Montreal than you have in Toronto. Now go on, ask something else nasty.

Darby: Well what are you going to be doing now?

Green: That’s none of your business. Now ask another smart question.

Darby: You must have some future plans?

Green: Never mind. Now may I ask you a question?

Darby: You certainly may.

Green: Why don’t you shave? Ladies and gentlemen, we have just been talking to the four-eyed interviewer from Radio Trent and it has been a delight. We are all enjoying ourselves, now why don’t you go back to your morgue and bury yourself. Thank you very much indeed.

Hughie Green spent his latter life as a recluse in his Baker Street flat. After a life time of heavy drinking, pipe smoking and a latter recreational barbiturate habit he was diagnosed with lung cancer and passed away in 1997 at the age of 77.