FROSTNIP IS THE COMMON TERM for first-degree frostbite. It’s characterised by one’s skin turning pale or blue and feeling cold to the touch. If one stays out in the cold with these symptoms the skin may begin to feel cold to the touch and to tingle. The tingling can turn into quite severe pain and needs some simple first-aid. That first-aid generally means getting out of the cold and rewarming the affected areas. Failure to do this can result in moving through further stages of frostbite occasioning very serious tissue damage with consequential grave results.

It was on a frigid late December afternoon that I took to one of the outdoor skating rinks of the Banff Springs Hotel in Banff, Alberta for a skating session. The rink was deserted apart from myself and whilst very cold indeed, was welcoming under the fairy lights and seasonal music emanating from an outdoor sound system.

It was quite heavenly, the cold air icily refreshing my face as I traversed the wide open spaces of the rink, accompanied only by the familiar sound of my skate blades cutting sharply and crisply into the ice as I turned this way and that.

What could possibly go wrong?

Outside the skate-changing shack next to the ice was a handily-placed thermometer which I glanced at a couple of times when passing. The temperature, already very cold, was dropping slowly. I was warm though, with a fleecy top, ski pants and gloves and working up a head of steam on the ice. 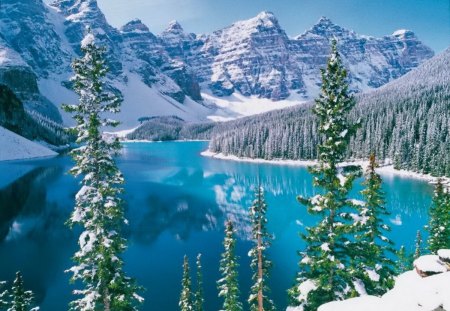 I finally ended the session in the darkness, apart from the pretty lights of the rink and glided slowly to a halt at the shack, sat and began to remove my skates to change to shoes and take the short walk by the picturesque Bow River. Back to the warmth and a hot drink in the plush hotel.

As anyone who skates will identify, it takes but a few minutes to complete this procedure and I sat for a few moments afterwards admiring the wonderful and peaceful scene in front of me. I noted the outdoor thermometer registering at –28C.

It was only then that I began to feel the tingling in my fingers, moving into my hands. My first experience of frostnip. Walking ever more rapidly back to the hotel, the pain actually began to feel quite intense, in fact it was very painful indeed. I’d had my hands out of the ski gloves for only a few brief minutes but it was long enough.

Breaking into a run back to the hotel room and slightly confused by the sudden pain after feeling relatively comfortable, my partner of that time, a Canadian native quickly ran the hot taps in the bathroom and stuck my aching hands underneath them. There I stayed for the next thirty minutes until the pain began to subside.

Two pairs of gloves were in evidence for the next outdoor skating session, that time on an amazing frozen lake.

If I had a second home I’d like to say it’s Canada, particularly in the west of that Country in British Columbia and Alberta. Having a Canadian partner I have been privileged to visit that vast and beautiful country many times over the years and each time has been very special.

Today I wanted to post a favourite image of mine from one of my favourite places. It’s one of those classic, iconic views that many of us instantly recognise. The picture above shows Spirit Island on Maligne Lake in the Canadian Rockies, Alberta. Situated around 12km from Lake Louise and 40km south east of Jasper, it is spectacularly situated in the Valley of the Ten Peaks.

The lake has the most vividly blue waters which are apparently caused by glacial silt and is arguably the oldest visitor attraction in the Canadian Rockies as well as being one of the largest lakes in the mountain region.

It’s possible to take a boat ride or hire a canoe out to the island which is one of the most photographed scenes in the Rockies. This does not deter from the beauty and mystery of the tiny island sat in this huge lake. I look forward to my next sighting of it’s grandeur.