A recent worrying rash of serious road accidents involving motorcycle-vehicle collisions in Kelowna was added to a day ago by the news of the rider of a Harley-Davidson who collided with a young driver’s pick-up truck in Westside. The rider is said to have sustained a leg fracture and it’s thought he will survive. The circumstances of the accident are not clear at this point. 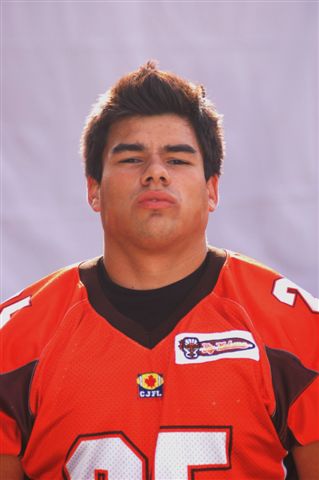 This story, reported in Kelowna’s Daily Courier is a sad reminder of a tragic tale that hit the front page of the same publication just recently on October 12. None of us likes to hear these stories but this one struck me as particularly heartbreaking. It concerns the story of 21-year old Okanagan Sun running back, Janson Towers who died in a collision between his motorcycle and a large semi-trailer vehicle at the busy junction of Gordon Drive and Harvey Avenue. Janson, who was on his way home from training with the club, sadly died from his injuries in the ambulance on the way to hospital.

Janson is reported to have had a series of speeding convictions and some would quite reasonably point to his style of riding putting others in danger. Without delving into the why’s and wherefores of this and the accident itself, it’s always terribly sad to see someone so young and gifted with their whole life in front of them taken away from us in this way. In another heart-rending note, Janson from Alberta had just four days previously been honoured as the Okanagan Sun’s most inspirational player.

A day later, the Sun’s opponents, the South Surrey Rams offered to postpone their fixture scheduled for The Apple Bowl in Kelowna but Janson’s family insisted the show must indeed go on. Janson’s number 25 jersey was carried aloft on to the pitch before the game and his teammates managed to produce a 38-7 victory in his memory with a gutsy performance. Condolences go to the young man’s loved ones and all who knew him.

One hopes that Janson Towers’ story, and all the other recent senseless accidents will not go unheeded. Motorists out there please keep an extra watch out for motorcyclists and motorcyclists, please think carefully about your speed and safety. Hopefully the sad and unwanted increase in these type of accidents can be arrested.